An introduction to our staff pharmacologist

*THUD* – startled, I look up from my laptop to see Tracy gesturing towards two imtimidating texts, each no less than five inches thick. “This is what it takes,” he said. 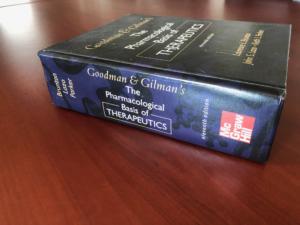 A day prior, I had casually inquired as to what it took to become a toxicologist and pharmacologist, and Tracy (who has an occasional flair for drama) brought in these two texts, which contained every animal-based and plant-based medicine in existence.

Dr. James Tracy Taylor, known as “Tracy” or “Dr. T” to his colleagues, is a board-certified toxicologist with a doctorate in pharmacology, and is the Chief Science Officer, and formulator of all products at Rx Remedies, Inc. Tracy and I co-founded Rx Remedies, Inc. in late 2018, alongside our four partners – Dr. John Powers, Brent Berisford, Daniel Powers, and Hartman Roemer.

Tracy and I have been friends for nearly fifteen years, having met when he fled New Orleans during Hurricane Katrina and moved to Baltimore, where we both now live. Although I had always known Tracy to be a pharmacologist and a toxicologist, I had never given it much thought beyond him having a doctorate in medicinal science. That is, of course, until we began working together. 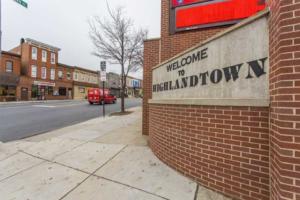 Pharmacology is not simply memorizing the contents of two daunting textbooks, although that is part of it. It is the study of medicinal compounds, including their origin, composition, pharmacokinetics, therapeutic use, and potential toxicological effect. In simpler terms, a pharmacologist has a profound understanding of medicinal science – how the body processes different compounds, the necessary concentration for those processes, and the synergistic or toxic effect of combining different compounds. In essence, pharmacology is the bridge that connects all medicinal science.

Tracy’s keen interest and talent for pharmacodynamics began over two decades ago with an undergrad in biology and chemistry, shortly followed by a master's degree in neuroscience. His profound understanding and passion for medicinal science and research resulted in him pursuing a doctorate in pharmacology, as it encompassed the entire field of medicine and not just one particular aspect of it.

While obtaining his doctorate in pharmacology from Tulane University, Tracy began researching the pharmacodynamics of cannabinoids and terpenes found in cannabis. The research involved observing the interaction between TRP channels and cannabinoids (like CBD and THC) concerning anxiety, diabetes, breast cancer, pain, and seizure disorders. And it was this research that first sparked Tracy’s passion for cannabis-based therapies, as well as how he could further enhance their efficacy by using additional plant compounds and terpene profiles. 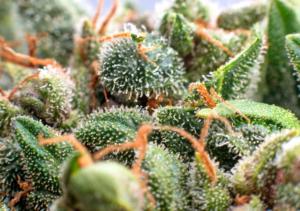 Over the next two decades, Tracy continued his extensive research, combining cannabinoids, terpenes, and various plant compounds to create alternative therapies for pain, inflammation, and anxiety, eventually becoming one of the six co-founders of Rx Remedies, Inc. But, he will readily admit that his formulations are never truly finished. Tracy will continuously tweak and perfect his formulations, using different terpene profiles and plant compounds at different concentrations to ensure the most effective plant-based remedy. As new research emerges, modifications to product formulations must be made.

“It's not rocket science putting CBD into a tincture or balm,” a comment Tracy has made on more than one occasion, and it is very true. If all you want to do is consume CBD, with no concern for the concentration or terpene profiles, then that is very easy accomplish. However, if you do not understand how these cannabinoids, terpenes, and plant-compounds interact with different receptors in the body, and if you do not understand the necessary concentration for those interactions or the synergistic relationships between all plant-medicine, then it’s highly unlikely that you will formulate an effective product.

And this is where we at Rx Remedies, Inc. distinguish ourselves within the plant medicine and specifically, the CBD industry – our approach is entirely pharmaceutical, while remaining 100% plant-based. All of our premium CBD formulations include multiple active ingredients, all at the neccessary concentration for a medicinal effect. Our sublingual drops include high CBD concentrations with additional terpene profiles in either a sedating (Indica) or energizing (Sativa) effect. And our professional topicals for joint and muscles pain, inflamed skin, and migraines include concentrated terpene profiles with additional plant-based remedies, all for soothing pain and inflammation. Additionally, we offer multi-cannabinoid formulations (i.e. CBD with concentrated CBDA, CBN, and CBG), further enhanced with our proprietary terpene profiles. 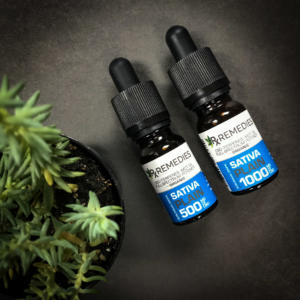 If you believe cannabinoids and terpenes to be medicine, then the person formulating your products should have a background in medicinal science. And if you want an effective product, all active ingredients have to be present at an effective concentration – remember, concentration affects absorption, and thusly affects the efficacy of a product.

There is no recreational use for CBD, which means people use it because they are suffering from very real issues, and are in need of very real solutions. To date, there are no regulations within the CBD industry, so It is our mission to self-regulate by offering the most effective plant-based remedies – multiple, plant-based active ingredients, all included at the necessary concentration for a medicinal effect. It doesn't need to be more complicated than that.