Anxiety is a completely normal human experience. In our fast-paced world, it is an essential and unavoidable part of our daily lives. The appropriate amount can enhance performance, motivate action, and encourage creativity. However, an anxiety attack or an anxiety disorder is something altogether different. Anxiety that isn't appropriately managed can lead to emotional distress and physical illness.

Why Do We Experience Anxiety?

Anxiety is a physiological response to a perceived threat, and is designed to keep us safe. It triggers the sympathetic nervous system to activate the “fight-or-flight” response. If we were to cross paths with a bear, the amygdala (neurons in the brain which play a crucial role in processing emotions) would perceive a threat. This perception would trigger the release of adrenaline.

Our heart rate would increase, our breathing would speed-up, and our muscles would tense. Meanwhile, other biological systems would shut down. We would stop digesting, and blood would divert from the stomach, skin, and reproduction systems, to ensure enough oxygen reached the muscles necessary to either fight or flee. 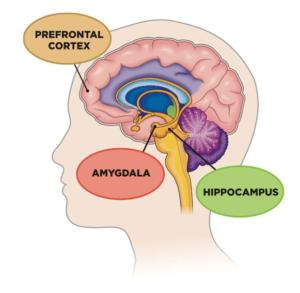 The chances of running into a bear at the office are pretty slim. However, these physiological responses do not differentiate between threats. Your boss, your date, your thirty-year mortgage may all stimulate the same “fight-or-flight” response.

Individuals who do not suffer from an anxiety disorder can process this moment of fear and stress as temporary or situational. However, for individuals prone to severe anxiety, the logical part of the brain (the prefrontal cortex) can't regulate the amygdala. This causes both tension and fear to build. What differentiates someone who experiences anxiety from someone who has an anxiety disorder is whether or not the sense of panic is physically and emotionally debilitating, as well as disproportional to the situation.

Where Do Anxiety Disorders Come From?

Anxiety is the most common mental illness, affecting more than 40-million adults in the United States every year. There is no known cause for anxiety disorders. However, research indicates there is a correlation involving genetics, brain chemistry, medical issues, or traumatic life events.

Anxiety disorders are treatable. But, studies show that only 37% of those suffering seek help. These results are disconcerting, as anxiety can be alerting us as to a medical issue, such as heart disease or diabetes. Therefore, the first step in diagnosis is to mention your anxiety to your physician. If your doctor suspects the root cause is a health issue, they may order tests to rule out a potential problem.

Anxiety disorders can be genetic. If one of your parents suffered from an anxiety disorder, you are genetically predisposed to anxiety. Women are twice as likely to suffer from anxiety as men. There is also a connection between anxiety and brain chemistry.

The human brain contains hundreds of neurotransmitters. These naturally-occurring messengers deliver information throughout the brain. If these messengers are imbalanced, individuals can experience a variety of issues. However, the most common is anxiety. The neurotransmitters that most significantly contribute to anxiety are serotonin, norepinephrine, and dopamine. 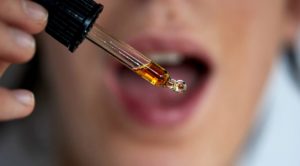 Neurotransmitters and genetics aren't the only possible causes for anxiety. Trauma can also result in unprovoked and excessive fear. The human brain continually collects information and builds associations. Through this process, it learns to avoid harm. Taste aversions are one example of this phenomenon.

If we become ill from spoiled salmon, we might become nauseous from even the smell of fish. If our grandmother made chocolate chip cookies every weekend, the sight or smell of cookies could make us feel right at home. Similarly, if mugged after purchasing a cup of coffee, our brain may associate the smell of coffee with the trauma of the crime.

There are a variety of successful techniques for mitigating anxiety, varying from exercise, mindfulness therapies, diet, talk therapy, and medications. Which method works best varies from person to person. However, of the potential remedies, behavioral treatment, in combination with medication, has the highest success rate for those suffering from an anxiety disorder.

Talk therapy involves working with either a psychologist or a cognitive behavioral therapist (CBT) in a group setting or a one-on-one session. Psychologists focus on psychotherapy by relieving emotional and mental suffering through behavioral intervention. It is a collaborative process, where the two will work together in identifying specific fears, challenges, and effective coping mechanisms.

However, a CBT will highlight cognitive processes (thoughts, images, beliefs, and attitudes), and seek to alter negative interpretations that reinforce distorted thinking. This process involves tracking and recording dysfunctional thinking, and systematically replacing them with healthier thoughts. Neither a psychotherapist nor a CBT can prescribe medications. For that service, you will need to work with a psychiatrist whose primary course of treatment is medication management. 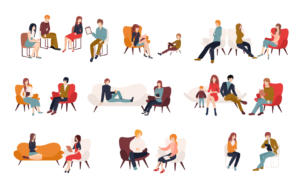 There are a variety of different medications for treating anxiety attacks and disorders. According to the Anxiety and Depression Association of America, these medications are broken down into four classes:

These four classes of drugs have been found useful in treating anxiety.

However, they have varying side effects, some of which are more severe than others. Research has discovered natural alternatives for creating more serotonin in the brain. Still, there are plant-based medicines, such as cannabidiol (CBD), that may help in alleviating anxiety.

Cannabidiol (CBD) is a cannabinoid, which is a naturally occurring chemical compound produced by both the hemp and marijuana plant (Cannabis Sativa). Similar to the cannabis plant, which produces over 100 different cannabinoids, the human body also produces cannabinoids (or endocannabinoids). These endocannabinoids are carried throughout the body by a series of receptors known as the Endocannabinoid System (ECS). The ECS is responsible for regulating a variety of physiological and cognitive processes. However, homeostasis between the mind and body is always its primary objective.

CBD has a low affinity for two of the ECS receptors (CB1 and CB2), although it does influence other receptors, such as serotonin. Research indicates that at high concentrations, CBD activates the 5-HT1A (hydroxytryptamine) serotonin receptor, which may result in CBD's anti-anxiety effect. CBD can also enhance or inhibit how a receptor transmits its signal. Scientists report CBD interacts with the GABA-A receptor by increasing the receptor's ability to bind with its agonist, gamma-Aminobutyric acid (GABA). GABA is the primary inhibitory neurotransmitter in the central nervous system, and anxiety medication (such as benzodiazepine) works on GABA receptor transmission. CBD also works on GABA, but more naturally, by modifying the shape of GABA-A in a way that magnifies the tranquil effects of GABA. 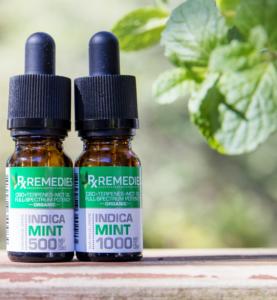 CBD is non-intoxicating, non-addictive, and as reported by the World Health Organization, “…is well tolerated with a good safety profile.” It's potential anxiolytic effects are scientifically supported, which may make it a viable, plant-based treatment.

As the human species advances, new stressors and new triggers will present themselves. But, the goal is not to cure anxiety, as anxiety in itself is not an illness. Instead, the goal is to learn how to experience anxiety in both a healthy and productive way. With the aid of talk therapies in combination with plant-based medicine, sufferers can begin that healthy and productive process.